Feeling spontaneous? It’s never too late to book a trip. Here’s our pick of the best last minute flights to Kuala Lumpur...Estimated lowest prices only. Found in the last 14 days.

Places to stay in Kuala Lumpur 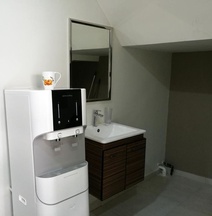 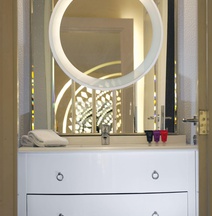 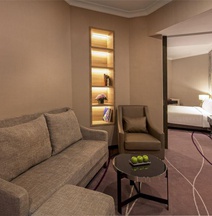 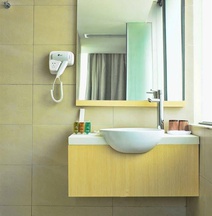 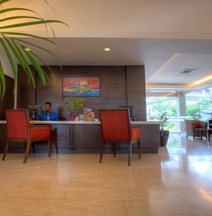 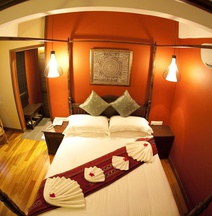 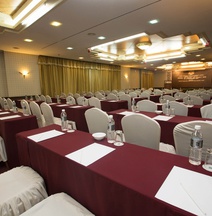 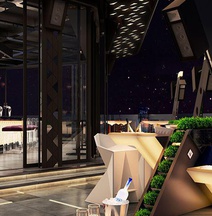 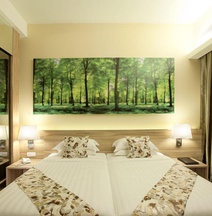 Flying from Penang to Kuala Lumpur

Kuala Lumpur, or more commonly known as ‘KL’, is the capital city of Malaysia. The city is known for its diverse culture and heritage. Having a population of over 7.2 million people, travellers will be able to experience at least three different culture, religion and heritage in this city.

For those looking for a cheap flight from Penang to Kuala Lumpur, AirAsia is the only budget airline serving a direct route. Other budget airlines such as Firefly, Scoot and Thai Lion Air also serve the KL to Penang route but require an airport transit.

If not, Malaysia Airlines and Malindo Airways are full-fledged airlines serving a direct route from Penang to Kuala Lumpur.

The most convenient and fastest way to get to the airport for your Penang to Kuala Lumpur flight is via a taxi or private airport transfer. The average taxi fare will cost RM40 to George Town and RM80 to Batu Ferringhi and should take approximately 30 - 45 minutes.

There is also the option of using the Rapid Penang bus service that goes directly to the airport from Komtar Shopping Centre in George Town. The bus fare will cost RM3 per way and will take a minimum of 45 minutes depending on traffic for your flight from Penang to KL.

Penang Airport is located 16km from George Town and is the third busiest airport in Malaysia. It is recommended for travellers to eat before arriving at the airport for their flight from Penang to Kuala Lumpur as there are not much dining and shopping options at this airport. The shops are also only open during operational hours with no 24-hours convenience shops for travellers. Complimentary WiFi in most public areas, prayer room and a premium lounge is available within the terminal if required.

Kuala Lumpur International Airport is located 45km south of KL city centre. Once arriving from Penang to Kuala Lumpur, the fastest and convenient way of getting to KL Sentral from the airport is via KLIA Express train. Costing RM55 per way, it takes only 30 minutes to get to the city from the airport with complimentary WiFi on-board for passengers.

For the more budget conscious travellers, taking the Skybus or KL Airport Coach would be an option. The bus fare should cost RM10 per person and take a minimum of 60 minutes depending on traffic conditions.

Alternatively, travellers that prefer a more direct and door-to-door service can consider pre-booking a private or shared airport transfer from Skyscanner before your Penang to KL flight.

There are two terminals in KLIA with a free shuttle bus connecting both terminals if required. KLIA is its main terminal for domestic and international flights while KLIA2 is solely based for only AirAsia flights. If travellers are flying from Penang to Kuala Lumpur with AirAsia, do take note that your flight will arrive in KLIA2. There are various dining and duty-free options with complimentary WiFi available in both terminals. A 24-hour prayer room is also available in both airport terminals if required.

Kuala Lumpur SZB Airport, or more commonly known as ‘Subang Airport’, is located in Subang Jaya, Selangor. It is located approximately 24km from KL Sentral. Upon arriving from your Penang to Kuala Lumpur flight, the easiest and direct way of getting to KL Sentral is via a public taxi or pre-arranging a private or shared airport transfer from Skyscanner. The car journey to KL Sentral should take a minimum of 25 minutes depending on traffic.

There is also the option of taking the commuter rail system from Subang Airport. The KTM Komuter departs from SZB airport to KL Sentral every 90 minutes with a direct route. This will cost RM15 per way and will have a journey time of 30 minutes.

Kuala Lumpur Sultan Abdul Aziz Shah Airport has one building and is an easy, no-fuss airport. There is a variety of food outlets although not as many as the KLIA. Duty-free shops are also limited at this airport. However, complimentary WiFi and prayer rooms are available for passengers if required.

Once you have searched and booked your cheap flight from Penang to Kuala Lumpur on Skyscanner, here is a list of the 5 hotels most worth your dime in KL.

For recommendations on places to visit, the Petronas Twin Towers, Merdeka Square and Batu Caves are top must-see places in Kuala Lumpur. For the shopaholics, Bukit Bintang, Central Market, Petaling Street (also known as Chinatown) and the many shopping malls located everywhere in KL are for you. Alor street is also a must-go-to spot to try KL’s mouthwatering local food.

What is the time difference between Penang and Kuala Lumpur?

There is no time difference between Penang and Kuala Lumpur

Kuala Lumpur has an average temperature of 29°c all year round with October - December being their rainy season.

What is the currency and exchange rate for Kuala Lumpur?

Penang and Kuala Lumpur both use the Malaysian Ringgit (RM).

What is the average cost of a hotel room in Kuala Lumpur?

Skyscanner is a leading global travel search engine helping over 70 million travellers each month find cheap flights across millions of routes and thousands of partners like Malaysia Airlines and AirAsia.

If you're not sure when to visit Kuala Lumpur, try the Cheapest Month feature for the cheapest ticket from Penang to Kuala Lumpur.

Not sure if you've found the best price? Set up a Price Alert for your flight from Penang to Kuala Lumpur and get alerted when the price changes so you can book when the price is low.

Information is accurate as of 05 October 2018

Prices shown on this page are estimated lowest prices only. Found in the last 45 days.